“Tourism is one of the Central Okanagan’s leading industries providing jobs for residents, spending that strengthens our economy and taxation that funds programs and contributes to our quality of life,” said Nancy Cameron, President and CEO of Tourism Kelowna. 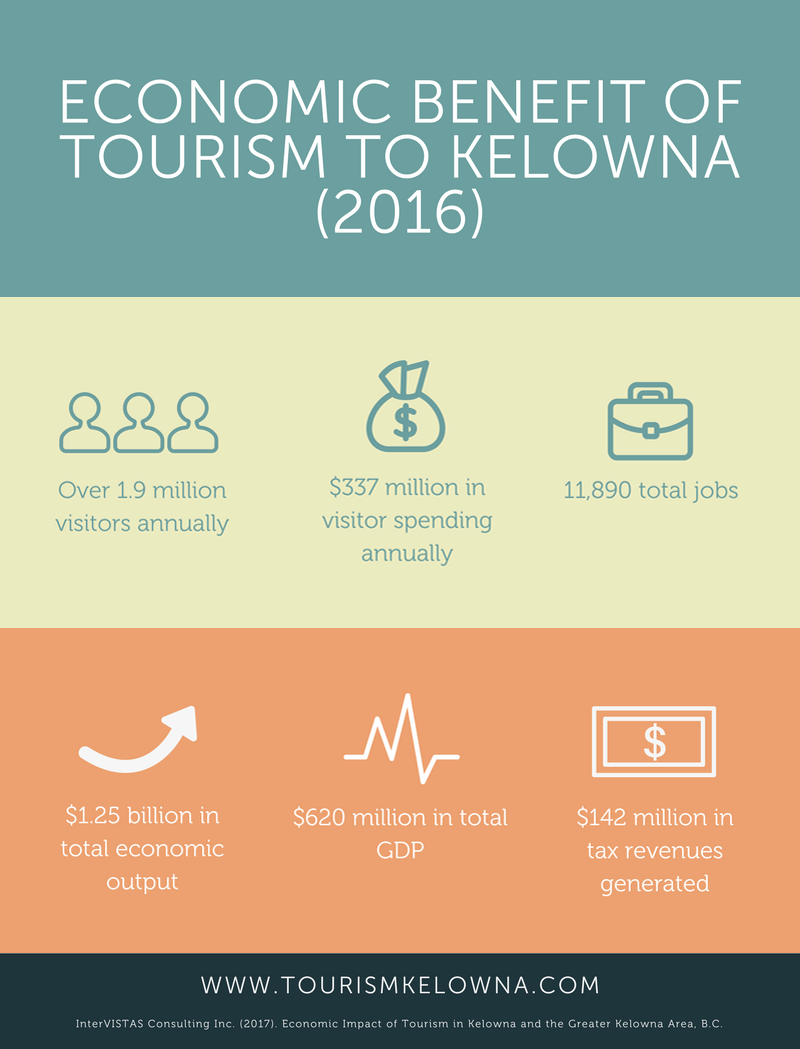 You can find the report by visiting Tourism Kelowna’s website:

Provincial Economic Impact
Tourism is a key economic driver in our province. In 2015, tourism contributed more to our provincial GDP than any other primary resource in British Columbia, and continues to grow. 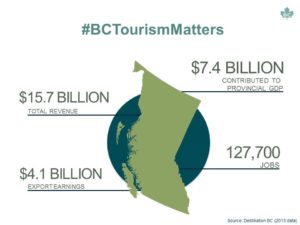 For information on how you can participate in National Tourism Week (#BCTourismMatters), visit TIABC’s website.